What You Need to Know About the Keto Diet 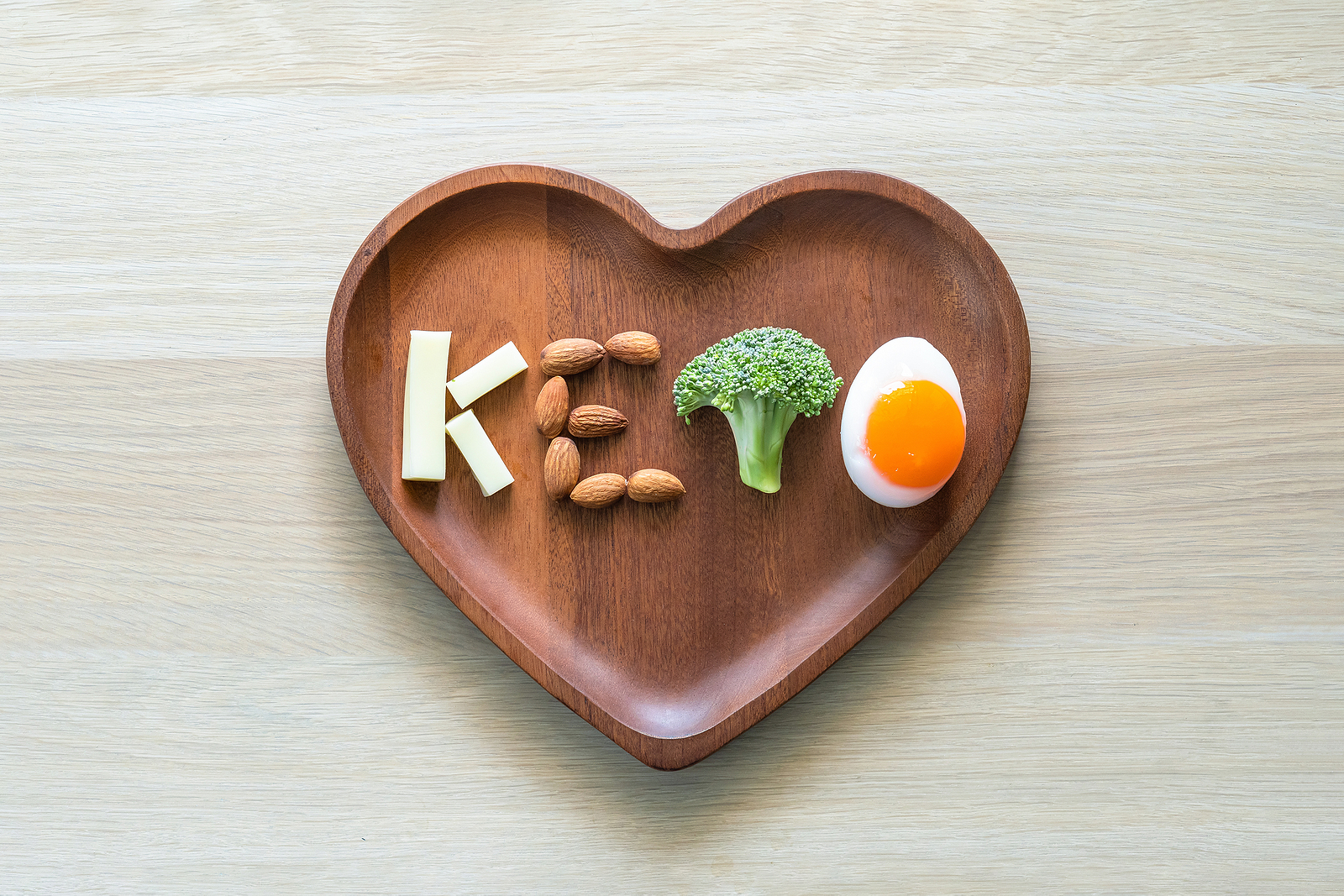 A ketogenic (or “keto”) diet is a diet designed to seriously minimize carbohydrates, your body’s preferred source of energy, and significantly increase fat levels. The idea is that when carbohydrate levels drop, the body is forced to burn stored fat as its main source of fuel, which can result in often dramatic weight loss. The diet represents a radical change from the way most people eat: while the typical American diet includes about 50% carbohydrates, 15% protein and 35% fat, the breakdown on the most typical keto diets is 5-10% carbohydrates, 70-75% fat, and the rest protein.

The “keto” part refers to ketones, which are water-soluble molecules made by the liver during fat metabolism, especially when carbohydrate intake is low. Ketones can be used as a source of energy by most tissues in your body, including the brain, which cannot use unrefined fats for fuel.

Your body always uses a mixture of fat and glucose to produce energy, but in a non-ketoadapted state it looks for glucose first, because only small amounts of ketones are normally generated during the metabolism of fat and certain body tissues. For example, the heart prefers to use ketones when they are available. The brain cannot use fat, so it depends on glucose when you are in a state not suited to keto.

If glucose is the body’s primary source of energy, you may be wondering what happens when it suddenly doesn’t have enough glucose to make it its main fuel?

Once glycogen stores (the way the body stores glucose) are depleted, your brain and other organs begin to adapt to using fats and ketones instead of glucose as the main fuel. But reaching ketosis, the state in which fat provides the main fuel for your body, is generally not a pleasant experience .

Extreme carbohydrate restriction is often accompanied by undesirable side effects. Commonly referred to as “keto flu”, the transition can lead to a period of fatigue, weakness, dizziness, “brain fog”, headaches, irritability, muscle cramps and nausea .

Although the length of time to adapt to the keto diet varies, the process begins after a few days. Then, after about a week to ten days, many people with low energy intake suddenly begin to feel the positive effects of keto adaptation. They report improved mental focus and concentration, as well as increased physical energy .

By the end of the second week (sometimes up to three weeks), the body has usually done most of its work of adapting to using fat as energy. At this stage, hunger and cravings are reduced and endurance and vitality are increased.

After that, the body continues to make more subtle changes. For example, it gradually becomes more protein-conserving, so that people often crave less protein. Another change that athletes often notice is the accumulation of less lactic acid in their muscles during long training sessions, which translates into less fatigue and pain. It can take up to 12 weeks for these changes to occur and for you to have complete ketosis .

There are a number of ways to overcome the obstacle of the first week of carbohydrate withdrawal:

Other Changes to Expect

Research to date shows that ketogenic diets (and low-carbohydrate diets in general) can reverse the signs of metabolic syndrome, type 2 diabetes and polycystic ovary syndrome (PCOS). Keto diets are also successfully used to treat some seizure disorders, and studies indicate that they may help other neurological disorders, such as Parkinson’s disease, although more research is needed .

The more scientists look at the keto diet, the more positive benefits appear to be realized. For example, people who follow these diets have less saturated fat in their blood, which is linked to insulin resistance, metabolic syndrome and heart disease. New research also shows that using ketones for energy can reduce oxidative stress and inflammation in the body, and may even be involved in the activation of certain genes that may be beneficial to health .

Some people find it interesting to measure their blood ketone levels, which can be done at home using a special meter and test strips. But most people who are on low carbohydrate diets do not recommend doing this. If you are getting the benefits you were hoping for with a ketone diet, worrying about the height of your ketones may add a level of complication that you don’t need.

We are constantly coming up with new articles and resources all the time, be sure to check the main page of for the latest trending topics. If there is anything else you would like to see on the blog, please contact us and we will see what we can do!